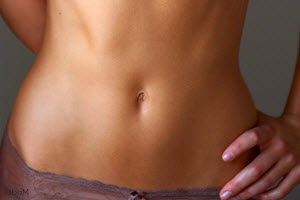 The difference between an Abdominoplasty vs Lipo

A tummy tuck (also known as an abdominoplasty) involves removing excess fat from the abdominal area while at the same time tightening the abdominal muscles. Liposuction, ( also known as Lipo) on the other hand, involves the removal of localized fat tissues that are concentrated in one area.

The abdominoplasty can only be done on the abdominal area; the Liposuction, on the other hand, can be done to just about any part of the body. The latter is also a lot less intense than the former.

There is also a difference in the duration each take. The tummy tuck takes less time to give results, and the Liposuction requires more sittings to yield results. Also, the tummy tuck cost is greater than just getting liposuction.

Which one to do first?
Most people wonder which of these two should be done first, should it be Tummy Tuck or Liposuction? Well, the thing is, if you are considering which method to start with, it is advisable that you start with the Liposuction. This is because it is less intensive compares to tummy tucker. This way, if you are satisfied with the results you get from the first method, you don’t have to get to the next. This general rule also applies to other medical procedures. Always start with the one that is not as intensive.

Is there a way of telling which one is the most appropriate before going to the doctor?
No, there is no way of telling which one of the two is more suitable for your condition. This is because, without the doctor’s expertise, you have no way of knowing which factors to consider and which ones to ignore. A doctor has all the expertise and experience needed to determine the best method for you. Therefore, instead of trying to decide for yourself, make sure you find a board certified plastic surgeon and get their opinion.